Skip to content
Previous - Washington Law and Process in Transferring a Guardianship from One State to Another Next - Adoption Tax Credit: Tax Credits for Adoption Expenses 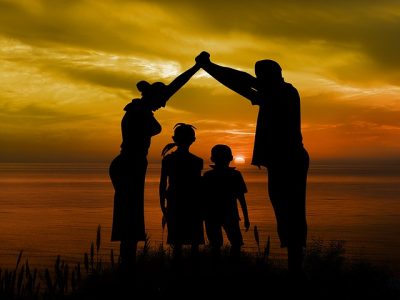 Non-parental custody cases are disputes over the custody of a child usually between the biological parent(s) and a non-parent. Typically the non-parents asking for custody are relatives such as grandparents, aunts and uncles.

There is a high burden of proof on non-parents to establish grounds for custody of a child. Where the dispute is between two parents, the burden of proving custody is not as high because the parents have constitutionally protected “parental rights.” In non-parent cases, the non-parent has to demonstrate parental unfitness to outweigh the deference normally given parents’ rights. Parental rights are important rights with due process and constitutional protection.

What are Custodial Placement Agreements?

Anyone considering filing a petition for non-parental custody should think carefully about their ultimate goal. There are short term contractual agreements which are less intrusive and do not involve court orders. They can allow a non-parent to have temporary placement and medical decision making for a child. These contractual agreements, sometimes call “Custodial Placement Agreements” entered into by both parties, will usually be for only a short period. The agreements lapse when a parent revokes the agreement. They are not binding on a parent in the way a court order is.

When is Non-Parental Custody Granted?

The court will not grant non-parental custody of a child over the objection of the child’s legal parent unless it is proven either that “the parent(s) are unfit”; or “placement with a parent would detrimentally affect the child’s growth and development.”

Non-parental custody actions provide relief and safety for a child in a harmful or dangerous environment. The non-parent custody action can be short term if the dangerous situation is later changed, such as when parents correct their problems. One frequently occurring problem with “unfit” parents is drug addiction. The parent can recover from drug addition and have their child returned. When problems are not corrected, the non-parent custodian should be prepared to raise the child(ren), . Drug problems are, however, often difficult to recover from.

A non-parent custodian can be a good alternative to a state initiated dependency action and placement in foster care. In this kind of case, Child Protective Services intervenes, takes the child, and establishes a court dependency action. These types of actions can last for years.

It is best to file a non-parent custody action when the child is in the actual care of the non-parent custodian. There could be voluntary placement by a parent who leaves the child with a grandparent or other relative. Sometimes a parent is in jail or prison or has abandoned the child.

What Legal Paperwork is Required for Non-Parental Custody?

In filing a petition for non-parental custody, the parents of the child (ren) should be notified even if they have not been involved in the child’s life. If there address is unknown, notice can be provided by publication.

Adequate Cause. Any filing of a non-parental custody action requires a finding of adequate cause by the court before it can proceed to final orders. Finding adequate cause should usually happen at the early stages, often within 20 days of filing or service on the parents.

To establish adequate cause to proceed with a non-parental custody petition, the petitioner should show that the child is not in the physical custody of a parent or that neither parent is a suitable custodian. The petitioner must set forth factual allegations in their petition, declaration or documentary evidence that, if proved, would establish that the parent is unfit or the child would suffer actual detriment if placed with the parent.

If the child is living with his/her parent when the non-parent makes a claim for custody, the court must decide whether to remove the child from his/her home. Often the burden of proof in this situation is too difficult to achieve.

If the child has already been in the care of someone other than a parent for a period of time and the parent objects to the non-parent’s petition for custody, the court must decide whether to return the child to his or her parent. This is a risk taken in filing the case.

Some parent(s) may never be capable of taking care of a child. The parent will, however, be able to get visitation based on what is in the child’s best interest. Sometimes grandparents feel the parent can become a healthy parent and they are looking to send a “wake-up call” for the parent. Filing a petition as a “wake-up call” is a very expensive way of sending a message and the petitioner is advised to do this in other, less costly ways.

The key to succeeding in a non-parental custody matter is to be able to prove the parent is unfit or a detriment to the child.

Many people only have information they heard through a third party. This is called “hearsay” by a court and may not be given weight by the court. The nonparent must be prepared to support his or her concerns with as many sources of information as possible. Sometimes this will include arrest or conviction records, photographs, or declarations of other parties who have personal knowledge. The school can provide a wealth of information, including whether the child is attending school regularly. When a parent is struggling, this will often affect the child’s school performance. With access, the non-parent can also copy Facebook or other social media postings. The nonparent may also have access to one parent who may complain about the other parent and will also have personal knowledge.

Non-parental custody cases are important and challenging. The stakes are high. The welfare of a child is at stake.