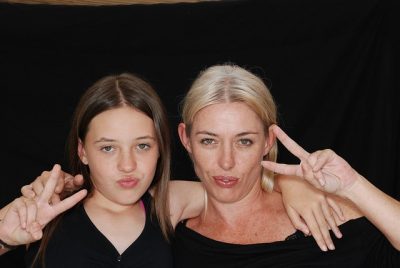 Step parent adoptions are adoptions where someone’s spouse adopts their child.  This type of adoption requires the consent of the spouse of the adopting step parent and usually also requires the termination of the parent-child relationship of the other parent.

The most common step parent adoption is where a husband adopts his wife’s child by a prior relationship.  There are efficiencies in this type of adoption. Step parent adoptions do not require a full home study. It is assumed in the law that this more extensive type of investigation is not needed because one of the parents has consented to the adoption.  A step parent adoption does, however, require a “post placement report” which is a report by a social worker who investigates the petition for adoption and makes a recommendation to the court.

What happens after the Step Parent Adopts?

After a step parent adoption, a new legal parent is established and a new birth certificate showing the new parent as a parent is issued.  The adoptive step parent will have all the rights and obligations with respect to the child as if the child has been born to them.  Frequently, the step parent in this type of adoption has already been performing the duties of a parent for the child. The adoption formalizes a relationship that has already existed.

In a step parent adoption, unless the other biological parent has died, it is necessary to terminate the parent-child relationship with the other parent– usually the other biological parent in order to complete a step parent adoption. Termination of parent-child relationship generally cuts-off all connection to and rights of inheritance between the child and his or her birth family and severs any and all legal relationships, rights, and obligations with respect each other, except for past due child support obligations, and some tribal rights in Indian children.

In the State of Washington, the father of the child has nearly the same rights and responsibilities to the child as does the birth mother. In an adoption setting, the consent and agreement to an adoption by a father is usually necessary to proceed with the adoption plan. If the birth father agrees to the adoption plan, he can sign a Consent to Adoption. The termination procedures with a consent requires a minimum 48-hour period before the consent is presented to the court for approval.

If a birth father is unknown, his whereabouts are unknown or he is unwilling to sign a consent form, a petition for the termination of his parental rights must be filed to terminate his rights on an involuntary basis. To allow for his right to due process of law, any alleged birth father must be given notice of the termination petition. He has a right to object.  If his whereabouts or identity are unknown, he is given notice by publication notice. Sometimes, if his identity is unknown, he is referred to as “John Doe” in the petition to terminate.  There are some special rules about where the notice can be published.

If you have further questions, please feel free to schedule an office consultation about a step parent adoption.