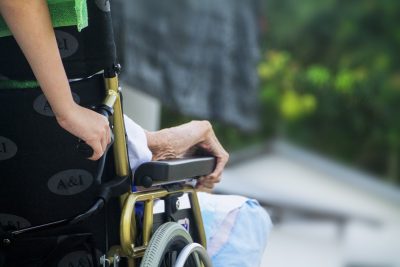 Guardians will sometimes move the person under guardianship (called the “ward”) from one state to another.  Because guardianship is based on state law, when moving a ward between states, the Guardian will want to make sure that they have the authority they need in the new state. The original court order appointing guardian (first court) is not necessarily effective in the state to which the ward may move.

It can be a challenging process for a guardian to move a ward between states and keep guardianship authority and obtain needed court orders in the new state.  Dealing with two sets of laws, requires time, paperwork and legal proceedings.

There are two Washington statues (RCW 11.90.400 and RCW 11.90.410) which define the procedure for transfer of guardianship to or from Washington. Both procedures require you to obtain orders from both states.  Both procedures are a two-step process in which you first obtain a “provisional order” authorizing the transfer and then, complete the process, closing down the guardianship in the state where the ward no longer resides and establishing it in the new state.

Questions the state courts will have in considering residential moves of a ward include:

If the ward is moved and will reside permanently in a state other than Washington, the guardian will want to follow the process outlined in RCW 11.90.400 to insure that the initial appointment as guardian fits with the other state’s laws.  Washington Statute RCW § 11.90.400 outlines the Procedure for transfer of guardianship to an out-of-state court.

Washington Statute RCW 11.90.410 outlines the procedures for transfer of guardianship or conservatorship to Washington. If the ward is physically moved and will reside permanently in Washington, the guardian will want to follow the process outlined in RCW 11.90.410 to insure that the initial appointment as guardian fits with Washington Laws. The transferring state will want to close its case and Washington will establish a guardianship under Washington jurisdiction. In transferring a guardianship to Washington, a guardian must request permission from both the originating state and Washington, the new home state to effectuate the transfer.  The two step and back-and-forth process is largely a “paperwork” process in uncontested matters.  It takes time, however.  Utilizing an experienced attorney to prepare the paperwork, meet the technical requirements and guide the process is helpful.