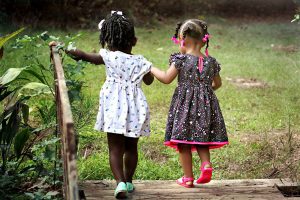 A child can be adopted from state foster care by private persons.  In these cases, the State of Washington Department of Social and Health Services has custody of the child through a Juvenile Court dependency proceeding.  When the child is “legally free” because the rights of the biological parents have been terminated, either voluntarily or involuntarily, the child is available for adoption.

The Juvenile Court dependency case is a separate case from the adoption case in the Superior Court.  This type of adoption is relatively simple. Much of the legal process, including the termination of the biological parents’ rights and preparation of the adoptive parent’s home study has already occurred.

Termination of Parental Rights in a Dependency action

In adoption of children from state foster care, the termination has already occurred under state law in the dependency case. In these cases, the dependency action was prompted by a concern for the well-being or safety of the child.  The case process is usually started after someone makes a complaint to the Child Protective Services about the welfare of a child usually involving child neglect or abuse.

In a dependency case, the state can remove a child from the custody of the natural parents and place them in state foster care.  The primary goal of a dependency case is, however, to address and correct the problems with the biological parents and return a child safely home to fit parent(s).  This is sometimes accomplished by offering services to the biological parents to help them improve their parenting.

In the dependency case, a permanency plan is developed by the Department of Social and Health Services which can include several different outcomes such as (i) Return home; (ii) Adoption; (iii) Guardianship; (iv) Permanent legal custody; or (v) Independent living (if the child is over age sixteen).

To read the entire article fill out this form and it will be emailed to you in a pdf document.